During the 2021 Maryland  General Assembly session, lawmakers passed SB674/HB1207 to reform aspects of the Commission on Environmental Justice and Sustainable Communities (“The Commission”). As CLA’s Spring 2021 Law Clerks, we assisted in drafting amendments to the bill that will prioritize and enhance public engagement. This article describes the history of the Commission, what this newly passed bill establishes, and why the amendments CLA put forth are essential for the Commission to more meaningfully address environmental justice.

While this is a significant move in the right direction, it is important to note that it is just the first of what will likely need to be several initiatives, policies, and programs to ensure the state of Maryland effectively works towards achieving environmental justice.

What is Environmental Justice?

EPA defines environmental justice as the “fair treatment and meaningful involvement of all people regardless of race, color, culture, national origin, income, and educational levels with respect to the development, implementation, and enforcement of protective environmental laws, regulations, and policies” (source). Meaningful involvement is further defined to mean that: (1) potentially affected community residents have an appropriate opportunity to participate in decisions about a proposed activity that will affect their environment and/or health; (2) the public’s contribution can influence the regulatory agency’s decision; (3) the concerns of all participants will be considered in the decision-making process; and (4) the decision makers seek out and facilitate the involvement of those potentially affected” (source). Environmental justice requires involvement of those impacted by environmental harm in decision-making intended to alleviate their disproportionate burdens.

In Maryland, environmental justice is defined as the continuous pursuit of “equal protection from environmental and public health hazards for all people regardless of race, income, culture and social status” (source). This definition recognizes that certain communities across the state and nationally often bear disproportionate environmental and public health burdens because of their racial and ethnic identity or socioeconomic status. These communities often contribute least to the harm and receive the least amount of benefit.

What is the Commission on Environmental Justice and Sustainable Communities?

Despite the best efforts of many of its members over the last twenty years, the Commission has generally struggled to fulfill its duties. This has led to increasing criticism from advocates and public officials, and most recently, a renewed desire to make the Commission a meaningful driver of environmental justice throughout the State.

What does the bill do?

We offered amendments to require the Commission to conduct more public participation in order to increase the meaningful involvement of those most impacted by environmental and public health hazards. Most significantly, this newly reformed Commission must meet at least six times and hold at least four listening sessions annually. While the six regularly scheduled meetings are a way to provide consistency and ensure the Commission is being held accountable to their goals, the listening sessions are a way to collect input and information from community members across the state. Previously, the only way for community members to voice concerns was to attend Commission meetings and speak during the public comment period, which did not create a space for actual discourse.

Notice of when and where these meetings and listening sessions will take place must be made available to the public at least 30 days before a meeting. Each meeting and listening session shall be reasonably accessible to all attendees, including individuals with limited english proficiency and disabilities.

The bill also requires the Commission to use e-data sets and mapping tools to review the impacts of current laws, permits, actions and policies, including their cumulative impacts. A cumulative impact is the result of multiple emission sources and hazards creating a collective heightened public health or environmental risk. Analyzing the demographics and existence of other emitting sources prior to new construction helps ensure a more equitable distribution of environmental burdens and benefits.

The bill helps to ensure diversity, equity, and racial justice are prioritized in Commission decision-making. The Commission’s membership must now reflect the racial, gender, ethnic, and geographic diversity of the state as much as possible according to the most recent Census data. While assessing the adequacy of state and local government laws to address environmental injustice, the Commission must also act in compliance with Title VI of the Federal Civil Rights Act of 1964, which prohibits discrimination based on race, national origin, or ethnicity by any recipient of federal funds. The Commission must now also coordinate with the Maryland Office of Minority Health and Health Disparities, and the Commission on Climate Change on recommendations, which will ensure those who will be impacted by climate change first and worst are prioritized in decision-making.

Why These Changes Are Important

One of the best ways to ensure community voices are centered in decision-making is to meaningfully involve members of communities impacted by environmental harm. For the last 18 years, but especially for the last five years, the Commission has made clear their desire to incorporate more feedback from residents in their recommendations, but has not developed a plan for public engagement. This has limited the Commission’s ability to create recommendations that meaningfully involve the residents they are trying to serve: those most impacted by environmental and public health hazards. 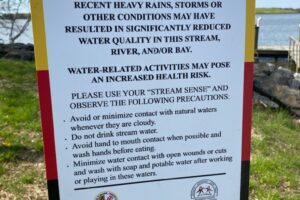 Health Advisory Warns the Back River is Unsafe for Recreational Contact 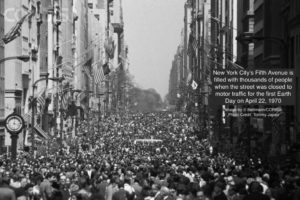 22 Apr 1970, New York, New York, USA --- 4/22/1970-New York, NY- Fifth Avenue, reminiscent of some European promenade, is filled with thousands of people just after the fashionable street was closed to motor traffic at noon on Earth Day. Conceived as a national teach-in, patterned after the Vietnam teach-ins held on hundreds of campuses in the Spring of 1965, Earth Day is a nation-wide demonstration of concern for the planet and all forms of life--not only man--who live on it. --- Image by © Bettmann/CORBIS

On the 50th Anniversary of Earth Day, CLA recognizes the people who[...]