Home CLA PublicationsEPA’s Clean Water Rule rollback: What does this mean for the Bay?

First Light in the marsh. Smith island, Chesapeake Bay Md. I was out before the sunrise on Smith Island in the Chesapeake bay and planted my tripod and waited for the sun. I loved the first light in the grass and the reflected clouds and sky

EPA’s Clean Water Rule rollback: What does this mean for the Bay?

We at the Chesapeake Legal Alliance, like so many Americans who want safe water and care about protecting valuable habitat, are deeply concerned by the new Navigable Waters Protection Rule released this week by the U.S. Environmental Protection Agency (EPA). Far from being protective, this Rule eliminates federal Clean Water Act protections for countless miles of streams and acres of wetlands. The full effect of this rollback will take years to fully understand but will impact everything from the safety of your drinking water, to the quality of your favorite trout stream or fishing pond, to the protection of endangered fish, amphibians, birds, and other species.

But what will this mean for the Chesapeake Bay? A few things:

Restoring the Bay Just Got More Difficult. The six Bay states and the District of Columbia have been working to reach nitrogen, phosphorus, and sediment pollution reduction targets by 2025 under the current Chesapeake Bay restoration plan. While the Bay has shown some water quality improvements in recent years, this restoration plan is not on track to meet the 2025 targets. What we need now is more help, not less. By reducing the number of waterways that receive Clean Water Act protection, we can now expect to have more pollution entering the Chesapeake Bay just as states are supposed to be significantly accelerating the pace of pollution reductions. This means that some of the hard work that Bay watershed residents and volunteers are doing and the hard earned taxpayer dollars that are going toward Bay restoration projects are in jeopardy of being offset or negated by increases in pollution due to the new rollback.

Pristine Areas and Critical Habitat Are Now At Risk. In 2015, EPA issued the Clean Water Rule. This rule provided science-based guidance clarifying which waterways are protected by the Clean Water Act. EPA’s new rule, which replaces the 2015 version, ignores the basics of ecology and hydrology and removes protections for critical waterways. As a result of this rollback, two types of waterways are no longer protected under the Clean Water Act: (1) isolated wetlands, including the thousands of non-tidal wetlands scattered throughout the Delmarva Peninsula known as “Delmarva Potholes”; and (2) small headwater streams that only flow during portions of the year. But these waterways play a key role in the hydrologic system. Wetlands filter pollution and seasonal streams connect waterways and recharge groundwater. Both types of waterways are important habitat for wildlife. EPA’s new rule allows these waterways to be destroyed, filled in for development, or loaded with pollution without ANY Clean Water Act oversight. Only time will tell how many additional wetlands and streams will be lost without this protection and how many endangered species will be imperiled because of vanishing habitat.

State Agencies Will Need More Resources. The Clean Water Act depends on the collaboration and cooperation between state and federal agencies and their scientists, engineers, and other staff working to keep our waters clean. With this new rollback, the federal government will no longer protect countless miles of streams and acres of wetlands, leaving the state agencies to do this work themselves. At best, this means that in some states, the state environmental agency will need substantially more resources to fill in the gap left by EPA. At worst, in other states that never established state law protections of these wetlands and small streams, there will be no protection at all; in these states, lawmakers must immediately decide whether they can afford to build entire new divisions to protect their waterways and will need to pass new laws to do so.

Drinking Water Is Now Less Safe. An ounce of prevention is worth a pound of cure. Nowhere is this more evident than in the context of drinking water protection. It is dramatically less expensive to protect lands surrounding drinking water sources – as New York City has done in the Catskill Mountains – than it is to remediate waters already polluted by chemicals or attempt to drill deeper or build further to locate new water supplies. By repealing federal protection for so many pristine waterways, towns and cities will have a harder time keeping their drinking water safe for residents or finding new sources of clean water to drink.

The Chesapeake Legal Alliance will continue to monitor what this rollback means for Chesapeake Bay restoration, the protection of drinking water for Bay communities, and habitat for fish and wildlife in the region. 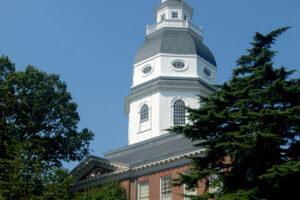 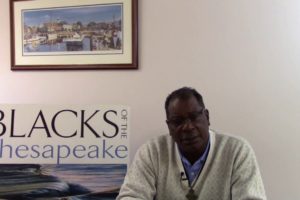 Jackie Guild Resigns as Executive Director of CLA to work with the Office[...]