A recent decision by a Maryland court has attracted a lot of attention in Maryland and beyond. The court held that the Maryland Department of the Environment erred in issuing a permit that contained neither limitations on the gaseous emissions of ammonia from poultry and other livestock growing operations, nor specific pollution limitations needed to meet Maryland’s water quality standards, including for the Chesapeake Bay.

I write today not wearing my hat as one of the lawyers representing the Assateague Coastal Trust in this case but with my other hat, as an analyst of the policy, processes, and data that support the restoration of the Chesapeake Bay. This post briefly explores what the circuit court’s decision might actually mean for water quality in the Chesapeake and Atlantic Coastal Bays.

The current Bay cleanup framework, known colloquially as the “Bay TMDL”, is the most ambitious of the more than 70,000 waterway cleanups in the United States developed under the Clean Water Act’s TMDL program, buoyed by a Presidential Directive, a legal settlement, an interstate agreement, and a specific section of the Clean Water Act. This Bay TMDL cleanup has also long been guided by a suite of watershed and other environmental models driven in part by a supercomputer designed to re-create the Chesapeake Bay (a “Bay in a Box”).

These models spit out results that reflect what scientists know about the way the estuary works and how pollution and other man-made factors, including climate change, are impacting the watershed and water quality. The impressive team of academic, government, and private sector scientists, engineers, modelers, and analysts that develop and interpret model results then tell the public and policymakers everything there is to know about how the Bay’s restoration is proceeding and, importantly, whether we are on track to meet the 2025 cleanup target and progress in meeting other goals expressed in the Chesapeake Bay Watershed Agreement.

What the Maryland court has directed the Department of the Environment to do is take back its challenged permit for Animal Feeding Operations (“AFOs”) and determine the appropriate way to (1) regulate the enormous stream of unregulated ammonia emissions from AFOs under the permit; and (2) ensure additional statutorily-required limitations are included the permit that reflect the obvious fact that these facilities are polluting the Chesapeake Bay and other waterways that are not meeting water quality standards.

The decision has been appealed, but if it stands, the Department’s permit writers will review the available technologies for controlling gaseous water pollutants from AFOs and translate its findings into binding permit conditions. The court did not tell the Department how to do its job, only that it must do so in order to comply with state and federal law.

Implicit in the court’s decision was the recognition that the Department has simply failed to act, despite the statute and overwhelming evidence presented to the agency that gaseous ammonia emissions constituted an enormous amount of nitrogen delivered to Maryland waters and bays. The comments submitted by the Assateague Coastal Trust, Chesapeake Legal Alliance, and others were a part of the record reviewed by the court. As those comments and other documents in the administrative record demonstrated to the court, ammonia controls for AFOs are far from a pie in the sky concept. The Department is not being asked to invent new technologies, nor to search the world for novel or expensive equipment.

As argued in the case, the very same technical guidance that are relied upon by the Department’s permit writers and familiar to AFO operators – the U.S. Department of Agriculture’s Natural Resource Conservation Service (“NRCS”) conservation planning resources – contain a number of documents that speak specifically to best management practices that can be relied upon to address an AFO’s gaseous emissions. Rather than a new, unique, or far-flung concern, the NRCS technical resources clearly demonstrate that “air quality impacts” from AFOs are a well-studied issue that, thankfully, can now be addressed by dozens of NRCS approved practices. Moreover, these same practices have just in the last several months been approved for state grant funding by the Maryland Agricultural Cost Share program, reflecting the state’s judgment that these gaseous water pollution control practices are valuable investments worthy of state subsidies and provide a credible solution to protecting water quality.

From “Alley Cropping” to “Windbreak/Shelterbelt Establishment”, there are more than two dozen practices on the menu available to address “Emissions of Particulate Matter and Precursors”, ten practices that control “Emissions of Ozone and Precursors”, and even another nearly two dozen practices available to address climate change pollutants. Notably, these three categories of best management practices were separate from the category that deal with “Objectionable Odors”, even though the permit proposed by the Department seemed to indicate that odors were the only relevant concern resulting from AFOs’ gaseous emissions.

Beyond these well-recognized NRCS approved practices, there are a number of other approaches for reducing gaseous or airborne water pollutants relying on everything from simple nature-based solutions (trees and hay bails) to proprietary technologies designed to filter or prevent ammonia emissions.

Studies of some of these best management practices suggest that vegetative buffers can reduce between one-third and two-thirds of ammonia emissions depending on the type and placement of the buffers. Recent research into species of trees (such as Willow) that are well suited to tolerate high concentrations of ammonia can guide the Department in helping determine appropriate designs to produce durable and reliable pollution reductions of 50% or more of ammonia water pollution from AFOs. Importantly, these buffers not only reduce ammonia pollution to waterways, but reduce harmful particulate pollution and can also provide shade that reduces energy costs for the operations.

These technologies not only stand ready to be put to use by the Department and operators, they can also provide a nearly immediate lift to the ongoing Bay restoration effort. The Bay Program Model has already established pollution reduction values for some of these practices and the Bay Program’s experts are already preparing to study additional types of practices and assign additional pollution reduction credit efficiencies for new practices as well. Thus, the AFO operators and states can quickly begin taking credit for reductions from these practices as they come online, catapulting the state closer to its Bay restoration goals.

As of 2019, Maryland had reduced nitrogen pollution by about 10% since the Bay TMDL’s baseline year of 2009, which reflected progress of a little more than 40% of their overall pollution reduction goal. Thus, about two-thirds of the way through the course of the Bay TMDL, the state has more than half of the work still left undone. More than 7 million additional pounds of nitrogen must still be reduced to meet the 2025 target.

These reductions could very well represent the difference between Maryland reaching its Bay restoration goals or defaulting on its promise yet again to do what is necessary to restore the Bay. By regulating one of the largest sources of nitrogen pollution to the Bay – and what is likely the largest uncontrolled source – Maryland could be poised to deliver some great news for the Chesapeake Bay and local communities suffering from unsafe water. 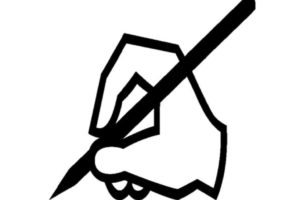 Recent Publications by CLA Board Members

Shaping the Future of the EPA By Ridgway Hall Posted[...] 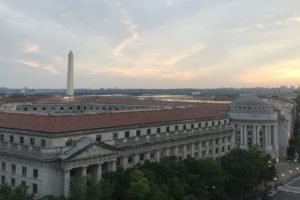