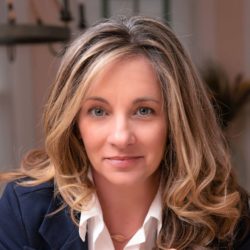 Eliza Smith Steinmeier is the Co-Executive Director at CLA. A Board Member since March 2012, Eliza joined CLA as Executive Director in May 2018. Eliza is an environmental lawyer who specializes in Clean Water Act litigation and nonprofit leadership. Eliza began her career in Los Angeles, CA working for the public-interest law firm, Lawyers for Clean Water. There, she represented local Waterkeeper organizations in Clean Water Act lawsuits against polluters. In 2006, Eliza returned to her hometown where she founded the Baltimore Harbor Waterkeeper. She served as the Executive Director and Waterkeeper until 2012, when she shepherded the organization through a five-way merger into what is now Blue Water Baltimore.

Eliza has also worked extensively with environmental organizations throughout the Baja peninsula in northwestern Mexico. A unique and wild landscape, the Baja peninsula is a 775 mile strip of land with over 1800 miles of coastline. During the late 1990’s, Eliza lived near Magdalena Bay, an enormous estuary located on the Pacific coast which bears a striking ecologic resemblance to the Chesapeake Bay, right down to the blue crabs (Callinectes bellicosus)! And similar to the Chesapeake Bay, Magdalena Bay – and the entire Baja peninsula – was suffering at the hand of development pressure, overfishing, coastal wetland destruction, and pollution, all of which threatened to destroy this special place. To fight this downward trend, Eliza founded one of the first Waterkeeper programs on the peninsula, the Magdalena Baykeeper, and went on to serve as the Regional Coordinator for growing number of Waterkeeper programs throughout the peninsula. In that role, she provided capacity-building and fundraising support for regional collaborative efforts. Eliza has also worked as an Adjunct Professor at Loyola University in Baltimore, MD, teaching Environmental Law.

Eliza holds a J.D. from the UCLA School of Law, Program in Public Interest Law and Policy, and a B.A. in Environmental Studies from Bucknell University. She is currently a member of the California and Maryland Bars.

Eliza lives with her surfer husband, two boys, and a large dog in Baltimore City. As a family, they get out on the water as often as possible – fishing from California to Mexico to Florida to the Gunpowder River. Eliza relishes in the quiet of nature and especially loves scuba diving. Fun facts: (1) Her spirit animal is a rainbow unicorn; (2) she has amazing parking karma.