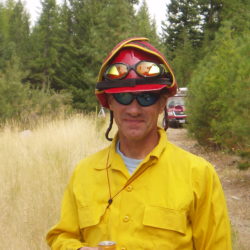 EAC Board member since 2017, Bob received a BS in physics from the Cooper Union. His MS and PhD in physics were from New York University where he studied alkali halide dimer polarizability using molecular beam techniques under Prof. Benjamin Bederson.  Because of a growing interest in the environment, Dr. Kremens returned to school in 1998 and received an MS in Environmental Studies from the University of Rochester, involving CWA NPDES testing methodologies.  He is currently a Research Professor at the Chester F. Carlson Center for Imaging Science at RIT. Bob has worked for the Federal Government, private companies and universities.  He has worked as a research physicist, electronic design engineer, principal consultant, and research professor.  His diverse research interests include physical instrumentation methods applied to wildland fire research, measurement of water quality, nuclear fusion diagnostics, ultrafast electronics, high energy density behavior of materials and novel methods of data collection for a broad variety of scientific experiments.  He describes himself as an ‘instrument physicist’.  He has been studying wildland fire behavior, in particular, the energy budget during wildland fuel combustion, at RIT for 15 years.  Bob is particularly interested in CWA issues and watershed integrity.