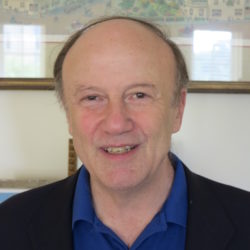 Board Member since December 2013, Bob Sussman is a principal at Sussman & Associates, a consulting firm providing environmental and energy counsel. He recently left EPA where he served for four years as Senior Policy Counsel to EPA Administrator Lisa Jackson and provided advice and direction on a broad range of policy issues across the agency. In the Clinton Administration, Bob had served as EPA Deputy Administrator and in 2008 he was a Senior Fellow at the Center for American Progress. Bob had previously been a partner at Latham & Watkins, where he headed the environmental practice in DC for ten years and was a partner at Covington and Burling for six years. He has litigated extensively in the federal courts, including two cases before the U.S. Supreme Court and appeared before nearly all of the U.S. Courts of Appeals.  Yale Law School; Yale College, magna cum laude.