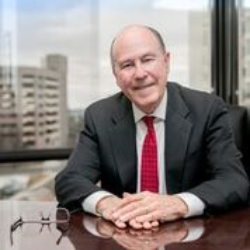 A CLA Board Member since July 2010, Mr. Mason has been practicing law for more than 40 years.  He served as Senior Partner at Montedonico & Mason, a firm of approximately 50 lawyers, and became managing partner of Mason, Ketterman & Cawood, which later became Mason, Cawood & Hobbs.  In 2010, Roy founded The Law Offices of Roy L. Mason, PA, which he ran successfully until 2015, when he founded Smouse & Mason, LLC with Russ Smouse.  He has been named one of the top 100 trial lawyers by the National Trial Lawyers Association and has been selected as a member of the Super Lawyer group since it began.