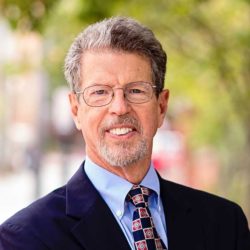 The founder of Chesapeake Legal Alliance, Russ has served as the Board Chair since 2009. Russ served as Senior Vice President, General Counsel for CIENA Corporation until 2008, when he retired to found CLA. As part of his “retirement,” he joined the faculty of Georgetown Law School, where he is a Professor from Practice. Over his distinguished career, Russ has practiced law in Washington, D.C., taught law at The George Washington University, and served as Deputy General Counsel of the Securities and Exchange Commission. He was General Counsel and Secretary of CyberCash, Inc., an early Internet payments company. Russ lives and sails on the Chesapeake Bay and hopes to see it in a much improved state by the time he sails off into the sunset. Harvard Law School, J.D.; Cornell University, B.S., Mechanical Engineering