Each winter, a familiar sight for most people, especially in the Northern half of the country, is the grayish-white color of the roads. Increasingly, people are becoming aware that this salty coating on the roads is hazardous to water quality, particularly the small streams that receive much of this runoff from storm drains. However, what few people recognize is that this ugly scene on our roads and parking lots is actually the visual manifestation of a much larger environmental – and public health – hazard facing most Americans and their urban and suburban communities.

Regardless of the time of year, our roads and the many other paved surfaces of our modern landscape contain a massive amount of pollution. Scientists and water quality advocates are acutely aware of the problem posed by stormwater pollution. Unlike the water flowing out of the pipes at highly regulated factories and sewage treatment plants, the water flowing out of a storm drain is sent directly to streams, lakes, bays, and oceans with no treatment at all. This pollution-laden runoff is thus a well-recognized problem for water quality and aquatic species. But what about those of us living up here on the land?

That grayish color of our winter roads is not stormwater pollution, or at least not yet. Instead, it’s the remnants of yesterday’s polluted stormwater and the ingredients for the toxic stew coming after the next rainfall. Left behind, after the rain and snow are gone, are salt, oil, lead from brake dust, mercury and other heavy metals from cars and trucks, the remnants of vehicle exhaust and hazardous particulate matter from the upper atmosphere, and tens of thousands of chemicals, including acutely toxic and carcinogenic substances – all just sitting there across the landscape.

Stormwater doesn’t scrub and scour the cement and asphalt clean. Far from it. This pollution remains all around us every day. It is kicked up by vehicle tires and wind gusts into the air we breathe, flowing into the soil our kids play in, it’s tracked into our homes, schools, and workplaces by our shoes, becoming embedded in our carpets and floors. This pollution is pervasive and its effects are only starting to receive the attention they deserve. Stormwater management, in other words, is not only a water pollution issue but a broader public health issue, especially for those living in fenceline communities that deal with particularly hazardous runoff from industrial facilities.

Moreover, in our age of rapidly changing climate conditions, stormwater management means climate resilience. In the drier regions of the United States, stormwater management means water reuse – the opportunity to capture water, an exceedingly scarce and valuable resource, and put it to use for domestic purposes, including possibly treating it to drinking water standards. In the wetter regions of the country, including and especially here in the Chesapeake Bay, managing stormwater means making our urban areas much more resilient to increasingly frequent and intense storms. These storms scour pollution, posing a major threat to water quality, but they also result in massive floods that destroy property and in some cases, injure or kill, especially in low-lying and highly paved urban areas.

It is too costly not to invest in stormwater management given the increasingly devastating threat posed by runoff and floodwaters due to climate change. Moreover, does it make sense to invest in environmental solutions that treat one pollutant at a time? Or would it make far more fiscal and financial sense to choose solutions that deal with thousands of pollutants at the same time, reduce the risk of flooding in our communities, and make our cities livable into the next century?

The Chesapeake Legal Alliance has spent years raising awareness of the threat posed by polluted stormwater runoff. This year, we will be deepening our commitment to solving this issue. If you would like to learn more about the legal, policy, or scientific problems caused by stormwater, do not hesitate to reach out. Working with partners in the advocacy community, we have filed several hundred pages of comments with the Maryland Department of the Environment as part of the state’s effort to renew the three major stormwater permits (industrial, municipal, and construction) as required by the federal Clean Water Act. We are also embarking on several research projects to help further the public’s understanding of what managing stormwater means for water quality, public health, environmental justice, and climate resilience.

Stay tuned for more news and information throughout the year on this important topic. 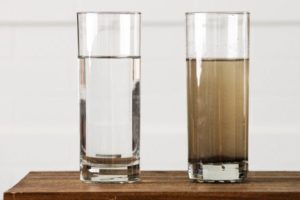 Join Us for Legal Seminar: Understanding and Applying the PA Environmental Rights Amendment 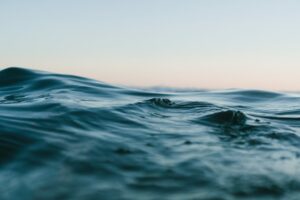 Check out the latest edition of our Bay Brief! In[...] 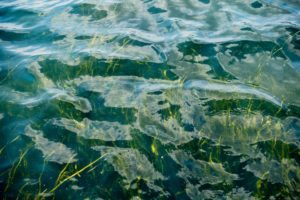 This report identifies current statutes, regulations, and policies that protect[...]