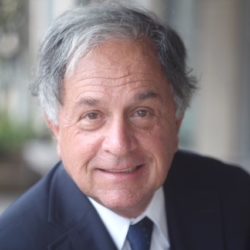 Board Member since September 2016, he is a senior counsel in Crowell & Moring’s Environment & Natural Resources Group. He has practiced environmental law for almost forty years, emphasizing matters arising under the Federal Insecticide, Fungicide and Rodenticide Act, the Toxic Substances Control Act, the Federal Food, Drug and Cosmetic Act, the Clean Air Act, and similar laws at the state level and in other countries. Between 1974 and 1982, he served in various positions at the U.S. Environmental Protection Agency, including associate general counsel, pesticides; associate general counsel, toxic substances; and associate general counsel, air and radiation. Previous to joining EPA, David clerked for the Honorable Harold R. Tyler, Jr., USDJ, SDNY, and served in the United States Army as a JAGC officer. He has also been a visiting professor at the University of Virginia School of Law. He graduated from Syracuse University and from the University of Pennsylvania (J.D., magna cum laude), where he was an editor of the University of Pennsylvania Law Review and was inducted into the Order of the Coif.