Since the 1970s, as the nation’s clean water and air laws developed into a robust suite of environmental protection programs, feedlots, or concentrated animal feeding operations (CAFOs), have been regulated under the Clean Water Act (CWA). Recent growth in the CAFO industry has caused more attention to be given to this regulatory regime, in particular, whether legal fictions and other assumptions written into environmental permits hold up under scrutiny in light of all of the new data now available to researchers and regulators.

In Maryland, the largest livestock industry, by far, is poultry growers. There are more than 550 poultry operations in Maryland that produce 300 million birds, and 400 million pounds of manure, each year. Most of the waste produced on Maryland’s Eastern Shore is applied as fertilizer to farm fields there, often in excess quantities that flush into local waterways as nutrient pollution, resulting in extraordinarily high levels of soil phosphorus and ground water nitrate levels. For more than a decade, regulators and the public have wrestled over solutions to the rampant nutrient runoff caused by the growing cycle of waste production and over-application to agricultural fields, substantially contributing to the devastation of Maryland’s rivers and the Chesapeake and Atlantic Coastal bays. But one of the largest pollution streams, ammonia emissions released by industrial farm waste, has gone unregulated – until recently. Last week a Maryland court ruled that the State must regulate ammonia emissions from CAFOs.

In this landmark case, the Assateague Coastal Trust (ACT) challenged the State’s CAFO permit arguing that it failed to account for one of the industry’s largest pollution streams: ammonia emissions. Represented by the Chesapeake Legal Alliance, ACT pointed to the enormous body of evidence that was presented to the State in the administrative record, clearly showing both the significant amount of ammonia, a form of nitrogen, emitted from the industry and the dramatic impacts to local water quality, with cumulative downstream effects. The Court agreed that Maryland’s law goes beyond the minimum protections of the federal CWA and clearly intends to regulate gaseous emissions that impact water quality. The Court’s analysis determined that Maryland law is unambiguous: ammonia emissions are “pollutants” that continuously “discharge” from CAFOs and deposit onto “waters of the State,” and, therefore, require regulation under Maryland’s general discharge permit for CAFOs.

This case remedies a legal fiction known to anyone living near these CAFOs. Large chicken houses continuously blast ammonia and other air emissions horizontally out of several large exhaust fans, resulting in millions of pounds of pollution that have evaded regulation. This problem is no secret. Ammonia emissions from U.S. poultry operations have been studied widely for nearly two decades, including a 2019 regional study demonstrating that gaseous ammonia from Maryland’s poultry industry quickly deposits to nearby lands and waters that snake throughout and dot the landscape of Maryland’s low lying Eastern Shore. Notwithstanding, EPA has failed to explicitly regulate these CAFO emissions and has been slow-walking its permit guidance efforts over the past 15 years, hampering individual state efforts to address ammonia pollution issues. In fact, the Inspector General issued a report nearly five years ago chiding the agency for its delay.

This legal loophole was particularly dangerous here in the Chesapeake Bay watershed, where tens of billions of dollars have been spent over several decades to jump start one of the most ambitious ecosystem restoration efforts in the world, buoyed by a sophisticated framework of nutrient pollution accounting run by an array of scientists, engineers, and modellers, called the “Bay Model.” The lack of accountability also prevented giving credit where it was due. If there is any place where environmental data can be put to good use, it is here and now. The court’s decision – and any subsequent ammonia reductions resulting from new pollution reduction projects established by AFO operators – can be modelled by the Bay Model, and credited and attributed to the agricultural sector toward their assigned pollution reduction target, pursuant to the Bay cleanup framework known by the Clean Water Act term “TMDL.”

So what will this mean for the poultry industry? For individual growers, probably only modest changes to their operations, along with cleaner local water and air quality for their communities. But for the industry as a whole, this will soon mean that it can potentially claim millions of pounds of nitrogen pollution reductions in Maryland, leading the way nationwide toward a more sustainable agricultural future. The best management practices that might be required by the State’s CAFO permit, after the court’s required re-write, are already available, as shown in both the Natural Resources Conservation Service and the Maryland Department of Agriculture handbooks. They include: grass-, hedgerow-, and tree-buffers; litter amendments to reduce ammonia emissions like aluminum sulfate; and hay bales next to exhaust fans – good neighbor practices already in use by some legacy growers.

Whether or not the Maryland Department of Environment appeals this decision is anyone’s guess. It seems that common sense would dictate that the Department of the Environment will take this incredible opportunity to lock in millions of pounds of pollution reductions by simply requiring low-cost, common sense pollution reduction projects. These projects not only prevent millions of pounds of nitrogen from choking Maryland’s rivers and the Chesapeake and Coastal bays, they also protect the Eastern Shore’s most vulnerable communities from an enormous quantity of air pollution. It is our hope that the Department will do the right thing for the health of Maryland’s environment and people and enforce already existing state law.

Have further questions? CLA can help.

We understand that court cases can be confusing. If you have any further questions, please submit them HERE.

If you like this content and want to see more, please consider supporting Chesapeake Legal Alliance with a donation. 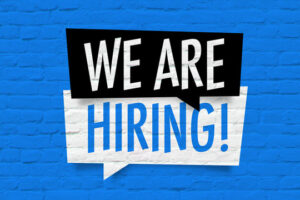 Operations Manager/Executive Assistant Position Overview: We are seeking a highly[...] 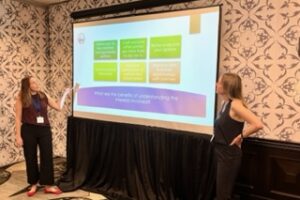 Chesapeake Legal Alliance’s Legal Education Center has been doing some[...]

In a monumental win for the Chesapeake Bay and its[...]