Home Wins for the BayDump Cleanup: Protection for the Ecosystem and Public Health

Dump Cleanup: Protection for the Ecosystem and Public Health

The efforts of CLA volunteer attorney Lawrence Liebesman, working on behalf of the South River Federation (SRF), prompted the Maryland Department of the Environment (MDE) to file a lawsuit in November 2012 against the owners of a landfill in Crownsville, MD. The site is a former landfill closed after the discovery of several pollution permit violations. Subsequently, SRF became a party to the lawsuit. The lawsuit resulted in an order to remove and properly dispose of over 100,000 scrap tires that were illegally stored on the property. Improper storage and disposal of scrap tires poses a number of risks to human health and the environment, including the release of pollutants such as zinc, which can impair aquatic ecosystems. The site was also a fire hazard.

The parties reached an agreement, enforced by the court, to remove the tires, restore wetlands and other compromised natural areas, and preserve the property in conservation easement with Maryland Environmental Trust. In March 2016, the Maryland Environmental Service – designated by MDE to implement the cleanup – notified the public that it will soon be moving forward with the tire removal.

CLA PRESENTATION: “The Chesapeake Bay: What Ails It and What Is Being Done About It”

CLICK HERE for Russ Stevenson’s presentation: “The Chesapeake Bay: What[...] 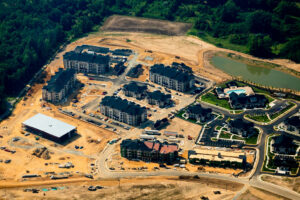 We are currently accepting applications for our 2018 Summer Legal[...]